My birth mother was only 16 when she found out she was pregnant, so she had me and gave me up for adoption. I was adopted into an Irish Catholic family in Toronto where both my parents were alcoholics. It was an unpredictable, chaotic, and dysfunctional home. There was no discussion of my father’s binge drinking, in fact there was no discussion of anything really and no one modeled healthy coping strategies. Depressed and unable to stay sober, my father ended his life when I was 11. My survivor mode kicked in that day and I used that armor to protect myself in every way. To this day, my mother will not admit or speak of my father’s suicide to anyone, so I grew up under the veil of denial.

Getting along with other kids was also a difficult experience as I was vulnerable, making me an easy target for the bullies. I learned the art of escaping early on- first into books, music, candy and eventually cigarettes, alcohol and drugs. By 14, I had already been smoking for a couple of years. One night, I was at a house party, and I drank 151 proof rum out of someone’s parents’ liquor cabinet, had to be carried home, and threw up out of the bus window. Although that doesn’t sound like a pleasant experience, I continued to drink and get drunk almost every single weekend for the next 2 decades. At 20, I had my first wake up call. I was on my way to see an ex-boyfriend who was a violent, raging alcoholic and was struck by a car as I crossed the street, suffering multiple fractures to my leg and pelvis. Instead of changing my life, I got my friends to pick me up and take me to the bars in my wheelchair. At 24, I moved to Vancouver and began traveling and DJing at raves and in clubs- and using drugs like ecstasy. I had my second wake up call in 1999. My business partner in the afterhours club was shot and killed right in front of me, causing me severe anxiety and panic attacks. I moved back to Toronto to be close to family and recover and squandered another opportunity to see what was really going on instead I chose to accept an offer for a weekly DJ residency and off I went for 5 more years of drinking and using.

One of the casualties of SUD is to one’s relationship to self and others. I chose men who were alcoholics, many of whom were abusive, desperately seeking approval and attention from those who could not provide it. Then in 2003, I met my future husband who told me that my drug use was a deal breaker for him. I assured him, and sincerely meant it, that I would stop. But I couldn’t so I spent the next four years hiding my drug use from him. During that time, we got married and bought a house in July 2008. This was also the summer when I had my final wake up call. What happened on August 21st is still mostly a mystery as I blacked out. I remember being at a dinner table. The next thing I knew it was 3am and I had no idea where I was or how I had arrived there. The facts that were shared with me made no sense. It was a terrifying moment and one that I never want to experience again. I somehow made it home and called a friend that I knew was in recovery. We were scheduled to have lunch later that day and I now know that that was not a coincidence. In hindsight, I am not sure that I needed to go to inpatient treatment as I had never even tried getting sober, but I entered the facility 3 days later. When I told my husband that I had made the decision to seek help for my alcoholism, I was faced with the stigma head on: he told me that I could not be an alcoholic as I didn’t drink every day nor hide bottles of alcohol in my desk. I didn’t fit into the stereotype that he had created or the one that society had created for him) so I sought help without his financial or emotional support. I was in treatment for 5 weeks and he never participated. My marriage did not survive so I went through a separation and divorce in my first year of recovery.

I had to change almost everything about my life; my friends, how I spent my time, my job, my relationships. The only constant was that I remained in our home in North Vancouver after he left. My high stress job as a project manager for Dell no longer served me so I transferred my skills and began working at the treatment centre I had attended. From there, I was introduced to advocacy and went public with my recovery. I helped start the first Recovery Day in Vancouver in 2012 and then co-founded Faces and Voices of Recovery Canada. Today, the work I do is fulfilling and gives meaning to what I went through.

Six years ago, I began another stage of my recovery from Complex PTSD. All of my trauma from my adoption, growing up in an alcoholic home, losing my parent to suicide, almost dying in that car accident and being a witness to a violent murder – all of it was triggered when my partner relapsed and had to be physically removed from our home by the police. I understand today that my trauma was always doing the picking for me- be it in relationships, jobs etc. I have many healthy tools such as EMDR, meditation, yoga, and somatic experiencing to help me heal today.

Being part of a community is key whether a mutual support group like AA, or any group that keeps me feeling connected. Connection is what we are all seeking and I never truly achieved it until I found recovery. I believe that connection and community are both the prevention and treatment for my dis-ease. I am much happier when I remember that I’m part of a WE. When I rise above the old ways and look through the correct lens, I can see that my life is amazing. Not to say that I don’t have challenges and painful times. Pain is inevitable. Suffering though, is a choice. Today I see suffering as the difference between the way things are and the way I think they should be. I try to have my attitude towards everything be one of gratitude seeing every challenge is an opportunity to help me to learn and grow. 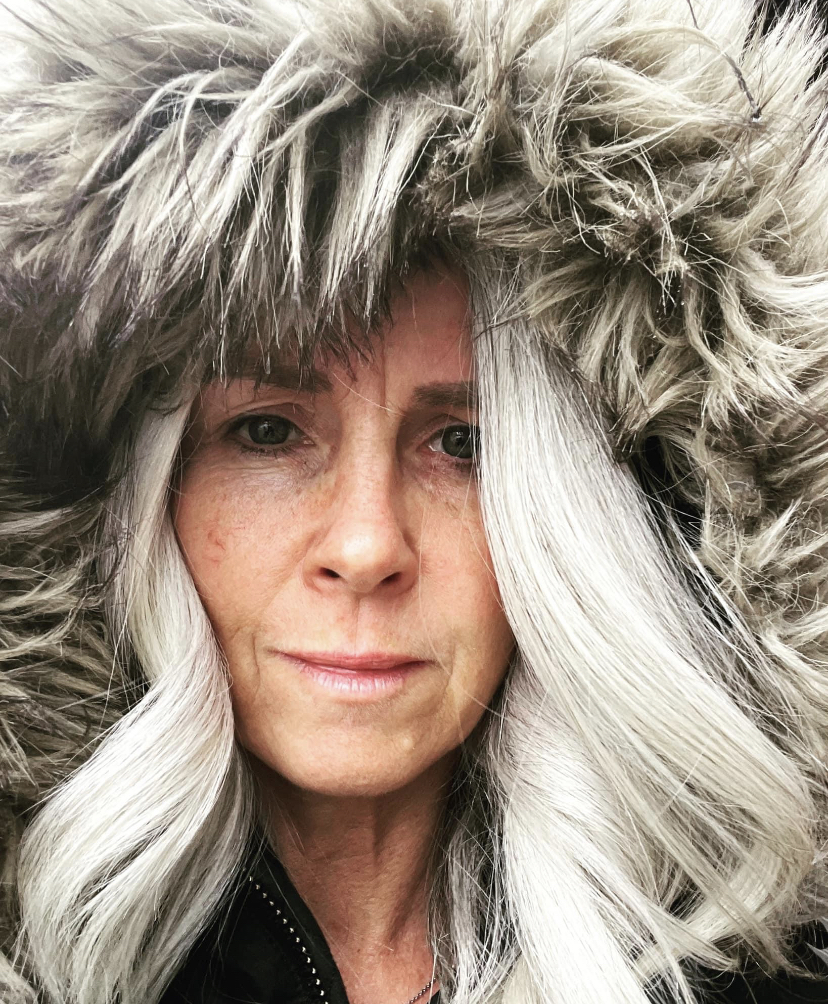